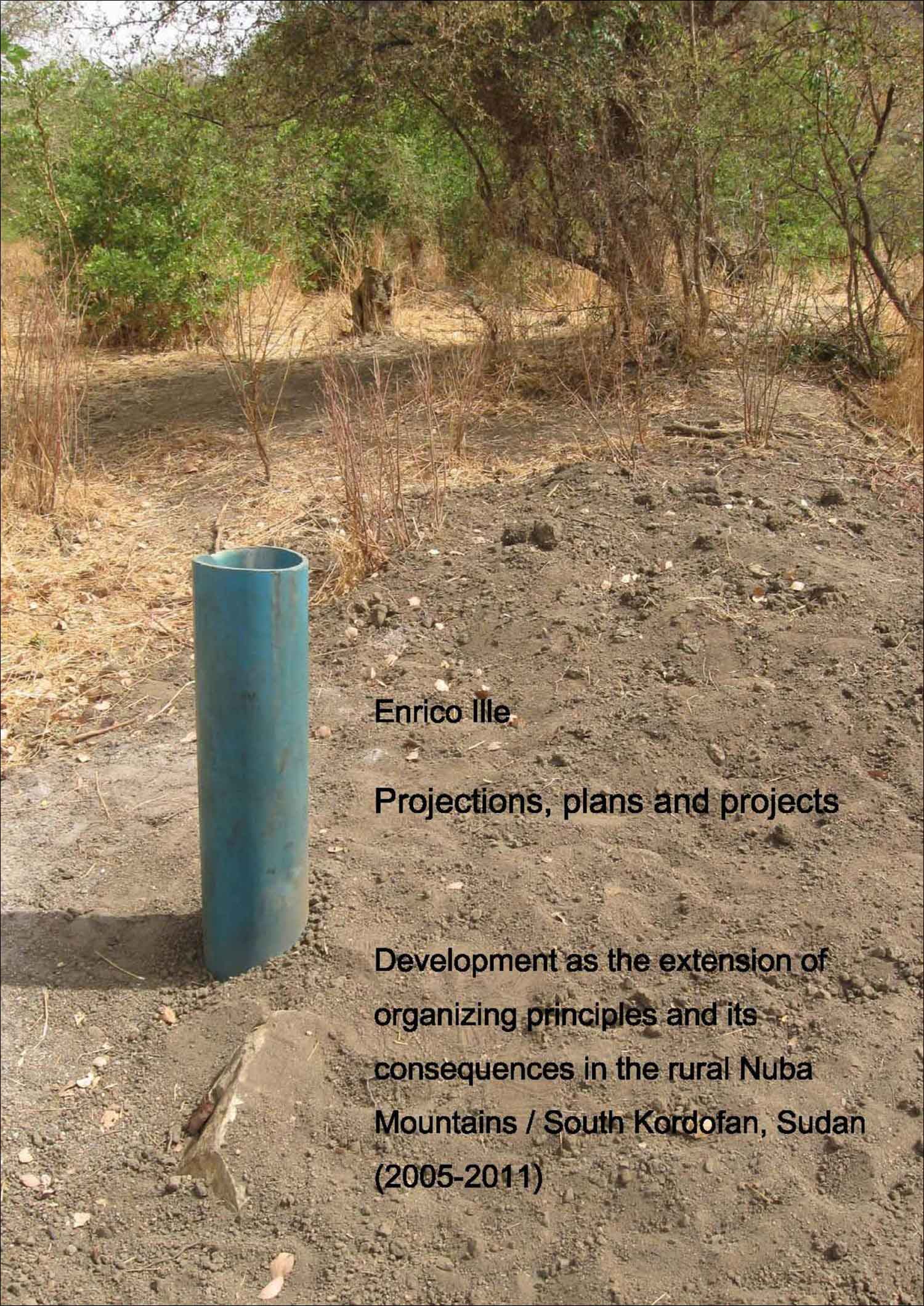 Development as the extension of organizing principles and its consequences in the rural Nuba Mountains / South Kordofan, Sudan (2005-2011)

Band 10. This work has its thematic focus on processes of organizational changes, which take place or are initiated connected to the notion of ‘development‘.

This work has its thematic focus on processes of organizational changes, which take place or are initiated connected to the notion of ‘development‘. On a cognitive level, it conceptualizea ‘development’ as ‘change in direction of a desirable future’, therefore the research is directed towards forward-looking imagination (projections) and attempts at its organizational realization (projects). Although this implies also a personal, autobiographical level, the focus is on the interaction of actors in organizations on several levels of inclusion and exclusion, i.e. individuals, communities, state administration, companies, NGOs, and INGOs. This interaction is observed both in passage points, where organizational change is tried to be translated directly (for instance meetings, training workshops, law enforcement, material implementation), and in indirect contact between the actors (for instance internal formal and informal talking, surveys, legislation, immaterial implementation). Additionally, the research considers changes, which are not necessarily intended in frame of the projects, but part of multi-dimensional dynamics, and which are nevertheless often more dominant. This means for instance processes of privatization, which devalue the outcome of smallscale projects, as well as political and structural violence, technological transfer, and socioeconomic and cultural mobility. In conclusion, the aim is to assess the role of directed motions and planning in this interactional field.